"Winston Smith is a low-ranking member of the ruling Party in the nation of Oceania. Everywhere Winston goes, even his own home, the Party watches him through telescreens; everywhere he looks he sees the face of the Party's seemingly omniscient leader, Big Brother. The Party controls everything in Oceania, even the people's history and language. Now, the Party is forcing the use of an invented language called Newspeak which will prevent political insurgency by eliminating all words related to it. Even thinking rebellious thoughts is illegal. Such thoughtcrime is, in fact, the worst of all crimes. But a seed of dissent grows in Winston - one that will bring him into direct conflict with the Party, and with devastating consequences. Rarely has one book ever been so rich in political and social criticism as 1984. Originally published in 1949, this new graphic novel edition of the dystopian classic, powerfully illustrated by Matyas Namai, reveals Winston's fight against the Party in all its horror and futility. Who controls the past controls the future. Who controls the present controls the past."--Provided by publisher. 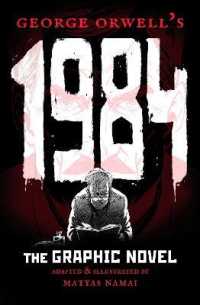