Nick Brandt : On This Earth, a Shadow Falls [Hardcover]

In 2001, the author embarked on an ambitious photographic project, a trilogy of books memorializing the vanishing natural grandeur of East Africa. He created two influential photographic books: On This Earth (2005) and A Shadow Falls (2009). This book collects the images from Brandt's first two books, along with their essays. 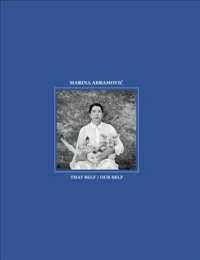