"Explore the world of Remnant through the eyes (fists, swords, etc.) of the huntress team RWBY! Get combat ready, RWBY fans! A new spin on the wild, action-packed anime series is painting the town red like roses! Follow Ruby Rose, Weiss Schnee, Blake Belladonna, and Yang Xiao Long (a.k.a. Team RWBY) as they protect their world of Remnant from a plague of fearsome monsters called Grimm. After a devastating tragedy shatters the once-mighty Beacon Academy, Team RWBY is pulled apart, with each member undergoing a grueling journey of self-discovery. Can they find the strength to face their inner demons and reunite against an imminent evil assembling a growing army of Grimm?"-- 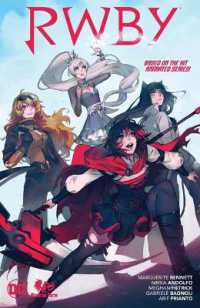