This bestselling and critically acclaimed series is now a feature-length anime--and now, readers can experience the entire fantastical tale in stunning collectors' hardcovers! In a land far away, there were two kingdoms: the Outside, where twisted beasts roamed that could curse with a touch, and the Inside, where humans lived in safety and peace. The girl and the beast should never have met, but when they do, a quiet fairy tale begins. This is the story of two people--one human, one inhuman--who linger in the hazy twilight that separates night from day. Nagabe's haunting, bestselling manga series has captivated critics and general audiences from its debut to its conclusion, inspiring an animated short film and a successful crowdfunding campaign for a feature-length anime. Now enjoy the original manga tale in a series of four gorgeous, deluxe hardcovers containing three manga volumes each, color inserts, and exclusive covers from Nagabe that will cast their magic over any bookshelf. 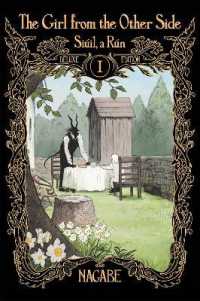