The Great Homecoming : The Forgotten Histories of the Thames Estuary [Paperback]

1959, Seoul. Divided from his family by the violent tumult of the Korean civil war, Yunho arrives in South Korea's capital searching for his oldest friend. He finds him in the arms of Eve Moon, a dancer with many names who may be a refugee fleeing the communist North, or an American spy. Beguiled, Yunho falls desperately in love. But nothing in Seoul is what it seems. The city is crowded with double agents and soldiers, and wracked by protests and poverty, while across the border, Pyongyang grows more prosperous by the day. When a series of betrayals and a brutal crime drive the three friends into exile, Yunho finds himself caught in the riptide of history. Might a homecoming to North Korea be his only hope for salvation? 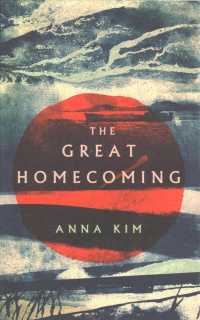